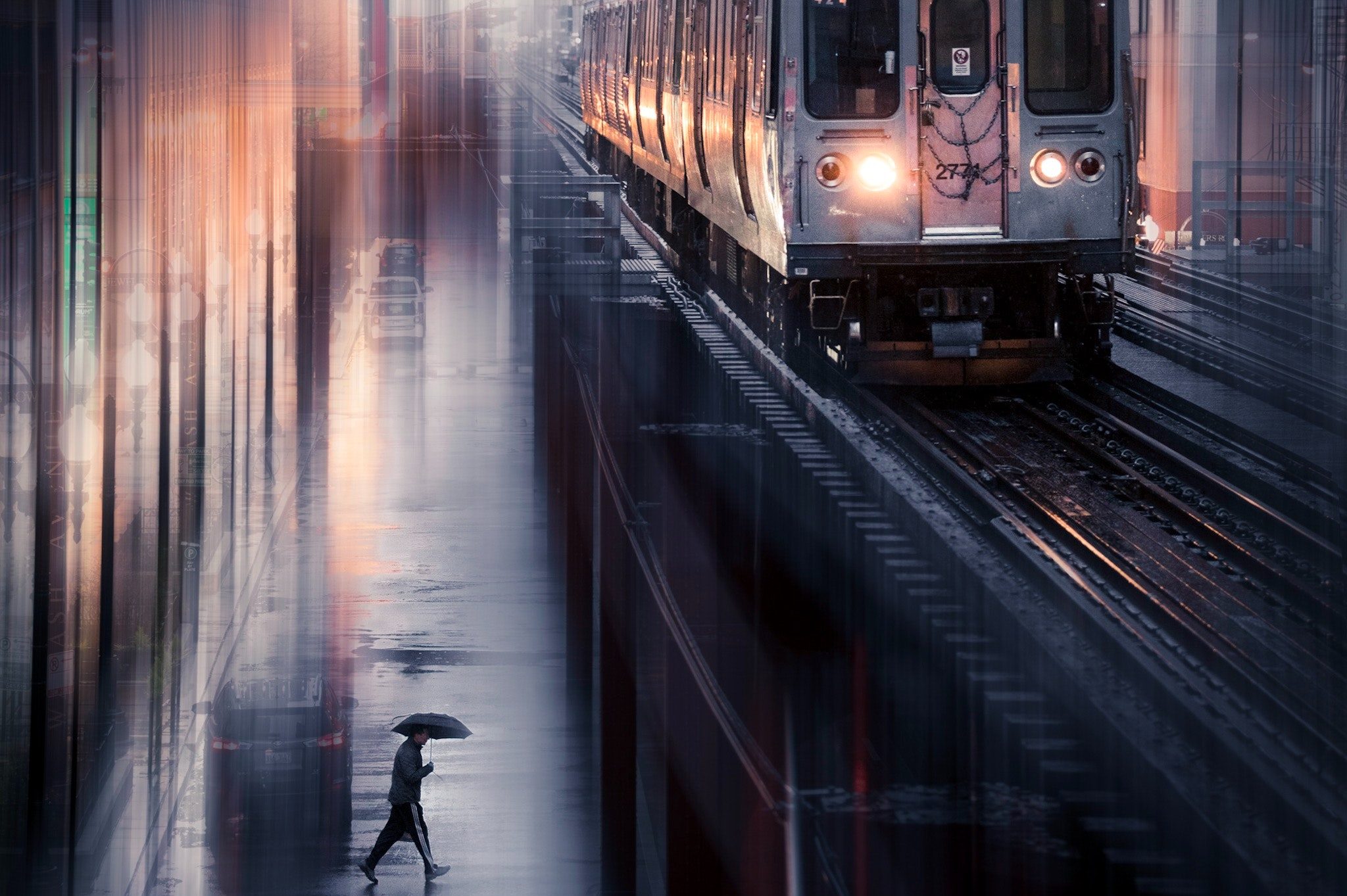 I don’t take the train very often, so I always have to look up the maps and schedules ahead of time so that I don’t end up waiting for 45 minutes for a train to arrive.

I was visiting my parents this time. They had traveled up to visit my uncle and it was a complete surprise when they told me. I was so excited to see them that I called up the train station by my house to see how long it would take me to travel from my city to Denver. This was back before Google Maps and all that techy stuff. Around 4 hours was enough, and apparently I also needed to take a bus for first leg of the trip.

Everything went smoothly, I got off the bus and into the train. I took my seat, my tickets got checked, and I sat back looking out the window. I kept thinking that I was forgetting something, or some other weird feeling like that, but I mentally double checked everything and nothing was missing. I think I was just being paranoid.

As I grabbed my bag and stepped off the train, I saw a familiar face. I hadn’t seen my cousin in years. Someone must’ve told him I was coming, and I was genuinely happy to see him.

“Look at you, all Colorado’d out,” I said, pointing at his lumberjack-style beard and red flannel shirt. He laughed as he always did. I remember that old laugh since we were children and we played together in the yard whenever my uncle would come over for barbecues.

“How’ve you been?” I asked him, “Oh, you know, people just pass through here.”

“Yeah,” I replied, a bit confused by the seriousness of the statement while at the same time trying to pretend like I got the message. He stared at me for a few seconds before telling me to take care of myself and that he had to go. He walked toward the elevators on the platform and I went for the stairs. I thought I’d see him at the bottom floor of the platform and have to re-greet him awkwardly again, but as I was stepping down, the elevator doors opened and a young couple with a little girl stepped out. No sign of my cousin.

I took a taxi to my uncle’s house and my mom rushed to the front door to meet me. My dad came out, joking around about my beer belly, as always. We had somewhat settled in the living room, catching up with the usual stuff, though I still hadn’t seen my uncle. He had gone to the store apparently, and should be on his way back soon.

Trying to make conversation, I casually mentioned that I thought my cousin Joe had gone to the train station to pick me up. “Why do you say that?” they asked me, almost in unison.

“Well I saw him there, but he seemed in a hurry.”

They were both looking at me when my uncle opened the front door and greeted me with a half-smile and a hug. “How ya doin’?”

“Tell your uncle what you just told us,” mom ordered, in an almost shaky tone.

“Nothing, was just telling them that I saw Joe on the train station platform. Is he coming over?”

“Really now? What was he wearing?” he asked me.

“A red flannel shirt and jeans, I think. Looked like he was going to work. Is everything alright?” I asked.

“Good ole Joe,” he said as he walked toward the kitchen with a six-pack of beer and a big crinkling red bag of Doritos.

“Son, Joe died in a car accident last week,” Dad interrupted. “He drove his car off the road in the middle of the night and was found the next morning. Those clothes you mentioned are just how the police described him on the report, the body of a deceased person wearing a red flannel shirt.”

I was in disbelief. I had so many things I wanted to say, or apologize, or I don’t know, but we ended up just sitting there. In silence.

I like to think about the event as my cousin just trying to say goodbye to me. I think I understand his message a little better now, though.

The Phenomenon of Time Skipping

The Ghost At The Truck Stop